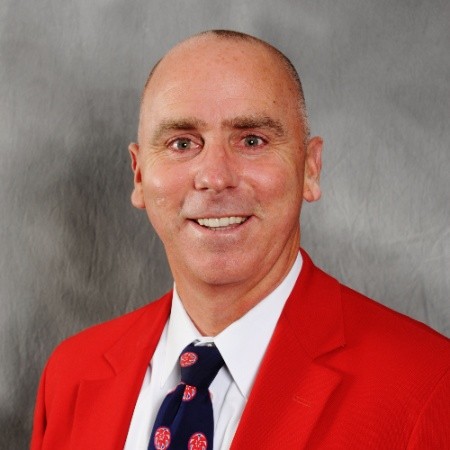 Mark Neville grew up in Ventura, California and moved to San Diego to attend UC San Diego. Upon his graduation in 1991, he took an internship with the Holiday Bowl. More than 30 years later, he is still with the Holiday Bowl, now as the non-profit organization’s CEO. He recently led the association through a series of significant changes to ensure that the bowl game continues to benefit the San Diego region for many years to come. Among those changes included negotiating the largest media rights contract in the association’s 42-year history and solidifying conference contracts with the Pac-12 and ACC that extend through the 2025 college football season. In addition to his successes with the bowl game, he led the effort to secure the sold-out Navy v. Notre Dame football game at SDCCU Stadium in 2018. That event resulted in $26.5 million in regional economic benefit. Recently he also was successful in securing the bid for the Holiday Bowl to host the 2022 Transplant Games of America in San Diego. He currently serves on the executive committee of Bowl Season – the collective coalition of 44 bowl games that promotes the great traditions of the college football’s postseason. He assumed the role of chairman in August 2021.